With so many towing-related shows on TV there are plenty of reality stars ready to relate to your everyday struggles as a tow-truck driver, although they likely have even more drama than you.

At Detroit Wrecker we live and breathe tow trucks. Even after a long day at the shop we often find ourselves at home watching tow trucks on TV. Here are some of the best tow truck shows worth checking out. Below we have also included some live tow truck shows, albeit a little less dramatic, you can catch around the US this year as well.

South Beach Tow is a Miami-based towing business run by Robert Ashenoff Sr., his daughter, son and a fleet of employees. With high local tourist rates illegally parked cars are an every other minute occurrence in Miami. That’s where this company makes its money. The show first aired in July of 2011 and has since run for 4 seasons. Of course, with any ‘reality’ television comes some obvious fake alerts, causing many to discredit the show altogether.

Proof that this show was at least scripted in part was brought to life after Robert went to court to sue the production company (owned by Jennifer Lopez) for planning a surprise attack that lead to the need for spinal fusion surgery.

Even with some unrealistic drama there is enough reality to make it relatable for anyone in the wrecker industry. You can kick back, relax and just be glad that even if your business is dramatic it certainly isn’t this dramatic.

This television program aired for an impressive 11 seasons between November 2007 and February 2014. You can catch reruns on cable or live stream through Google Play and Amazon. The show follows a team of drivers from the San Fernando Valley in California that make a living repossessing cars from extremely irate owners. While the stories are based on real life they are discreetly reenacted, which makes many people call out bologna. The show is still entertaining, especially if you know what it’s like to reposes a car from an angry owner.

Shipping Wars originally aired on A&E in January of 2012 and is now on its 7th season, and for good reason. This entertaining reality show follows a group of freelance tow truck drivers that make a living bidding on different projects around the state on youship.com. The lowest bidder gets to deliver the goods, but it’s not always profitable and the stakes are generally high.  That’s because these transporters, some experienced and some not so much, are bidding on projects traditional carriers want nothing to do with. For instance, bizarre and rare items like a Civil War Cannon, one-of-a-kind cars, and oversized statues with extremely strange measurements are commonly shipped. It’s all about that bottom line, and the show states how much each driver will make on the shipment, as well as how much it ends up costing them to make it there. You can find this show on your local cable, stream through Google Play or Amazon, or binge-watch on Netflix.

You will have to catch reruns of Lizard Lick Towing, which ran live on TV from February 2011 to August 2014. You can stream from Amazon and Google Play or look for reruns on your cable. The premise of the show includes following the employees of Lizard Lick Towing & Recovery in Wendell, N.C. as they go about their day-to-day job of towing repossessions. They might look like a bunch of hardened individuals taking cars from devastated owners but the cast of this reality show has big hearts. In fact, every year the Lizard Lick team prepares a huge BBQ for anyone that had their vehicle repossessed by the company.

Live Tow Truck Shows Around The US

Looking for a live tow truck show instead of something that is maybe only partially real on the television? Here’s a rundown of the upcoming tow truck shows around the US this year:

Visit Detroit Wrecker for all of your tow truck needs, from parts to repairs and custom installations! 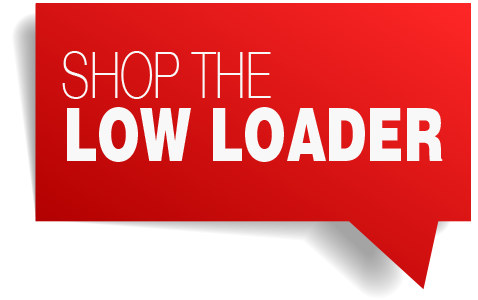